Yesterday, I attended a meeting of the Texas Taxpayer and Student Fairness Coalition in Austin. This is the group of schools that have come to gather to address the inequities and inadequacies of the current school funding program. Eustace ISD is a member of this coalition. One of the main points of yesterday’s meeting was to elect members of the coalition to various positions. We also received an update regarding the litigation efforts of other groups.

Currently, there are four groups in the state that are planning on challenging the school funding provided by the state. The Texas Taxpayer and Student Fairness Coalition, a group organized by the Mexican American Legal Defense and Educational Fund (MALDEF), a group of schools organized by attorney David Thompson, and the Texas School Coalition Group. The MALDEF group is approaching their lawsuit from the equity level and has goals very similar to the Taxpayer and Student Fairness Coalition. The Thompson group is approaching their challenge from an adequacy standpoint: the state is not providing adequate funding to meet the standards set by the state. The Texas Schools Coalition Group is comprised of wealthy school districts that do not want to see their level of funding decreased.

As we have discussed before, the Texas Taxpayer and Student Fairness Coalition is challenging the current funding system on both equity and adequacy. There are currently 321 school districts in this coalition. Individual taxpayers have also joined the coalition. In fact, the Texas Taxpayer and Student Fairness Coalition is currently seeking individual taxpayers and businesses to join with school districts in this litigation. El Paso ISD is currently the largest district in the coalition. By service center regions, Region 7, which is the service center for EISD, has the most districts in the coalition with 39. Altogether, the coalition represents over 1,000,000 school children throughout the state.

Attached is an article from the Equity Center that demonstrates how inequity can impact districts. While we are certainly not as large as these districts, the concept is still the same. Keep in mind that EISD is currently receiving less funding per ADA than San Angelo.

Pics4Learning has thousands of images that have been indexed and sorted for more efficient use. Each image from Pics4Learning contains all the information needed for appropriate citation as well. All the photographers, while retaining the rights to their work, have allowed the use of their photos through this collection. Pics4Learningis definitely a resource to have for you classroom.

Starfall is a wonderful website for young and/or struggling readers. Starfall is free and promotes reading with phonics and phonemic awareness. This site is designed for students in Pre-K through second grades, as well as students in special education and English language learners. 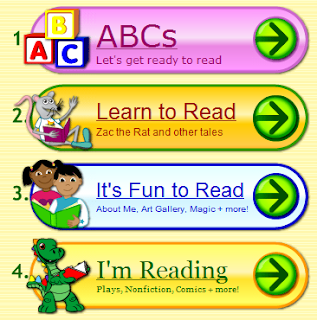 Starfall then moves on to making words to match prictures, reading sentences, and short stories all the while engaging the reader with bright and fun images and providing positive feedback. Starfall is self-directed so that students are able to move at their own pace. Starfall also offers printable materials to help practice writing letters and to reinforce letters that readers are currently learning.

Starfall is definitely a site worth checking out. 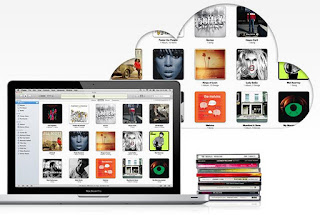 Many teachers are using their personal smart phones as a technology tool in the classroom. These devices allow teachers to take role, quickly send e-mail, use apps to solve discipline issues and to fill the learning environment with music.


For those heavily invested in the music end of things, yesterday iTunes finally rolled out  “iTunes Match“. According to iTunes, “With iTunes Match, even songs you’ve imported from CDs can be stored in iCloud. And you can play them on any iPhone, iPad, iPod touch, Mac, or PC — whenever you want and wherever you are, without syncing. iTunes Match is just $24.99 a year.”


This only pertains to iPod Touch 3rd and 4th generation, the iPad, iPad 2, and iPhone 3GS or later and devices must have iOS 5.0.1. It will work with Mac or PC with iTunes download 10.5.1 For those wanting access to all of their music in the cloud, this will be the way to go if you can swallow the stiff annual price.


Thanks to “The Loop” for this information!

Thanks to Theresa Tindel for furnishing this information on FFA. Our students certainly represented EISD well:

I received the individual results from the state cross country meet from Coach Sypert. Overall, the boys finished 4th in state and just two points behind the third place team. The 4th place finish is the best in history of boys cross country. The team was lead by Junior Evan Arambula who earned Cross Country All-State Honors by finishing 9th  overall. He ran a 16:56 and received a medal for placing in the top ten. Next
was Freshman Mark Zimmerer, who was the second place freshman in the division,
and placed 21st overall clocking a 17:33. Jason Ballenger and Gavin Kirkhart came in at 18:23 and 18:27 producing 54th and 55th overall, Michael Yates came in at 57th and ran an 18:29, Preston Schwartz, also among the top freshman as well, placed 72nd and ran a 19:05, and Trey Russell came in 87th and ran a 19:44.

The Eustace ISD Board of Trustees will hold their regular monthly meeting tonight. The meeting will start at 7:00 PM and be held in the HS library. Action items on the agenda include:

In addition to these possible action items, the board will reports on the following items:

Also, a reminder that our girls basketball teams will be hosting Grand Saline this evening starting at 4:30.

Congratulations to the boys cross country team on their 4th place finish at the State Cross Country Meet! The meet was held in Round Rock this last Saturday. Weather conditions made this a challenging day for all runners. The weather was warm and the wind was gusting up to 40 mph. Our runners literally took the conditions in stride and had an outstanding day. In fact, the Bulldogs ran away from the team that finished first in our region. It was a great performance in less than ideal conditions. Congratulations to the team members, Coach Josh Sypert, and Coach Gene Myers. A special thank you to all the parents, relatives, and friends that made the trip to Round Rock to show their support!

Congratulations also go out to the Bulldog football team! The Bulldogs are bi-district champs by virtue of their 28-0 win against Callisburg last Friday night. The Bulldogs will now play Melissa for the area championship. The game is set for 7:30 PM Friday, November 18. The game will be played at Kincaid Stadium in Dallas.

Finally, congratulations to the EASA 5th and 6th grade football teams on their 7 – 0 win against Kaufman this past Saturday. The win means that Eustace qualifies for the Super Bowl to be played this coming Saturday. Eustace will be playing Malakoff, in Malakoff, at 3:30.

We will be having a district wide pep rally this morning at 9:00 AM at the Intermediate bus loop. We will be honoring the volleyball team for their great season, getting the football team ready for their bi-district game tonight, and giving a send off to the boys cross country team as they head to the state meet. Everyone is invited to come out and show your support for our Bulldogs!

As mentioned, the Bulldog football team will be competing for the bi-district championship tonight against Callisburg. The game will be played in Greenville and kickoff is set for 7:30. The cheerleaders and band will be providing support and entertainment throughout the game as well. I encourage everyone to come out and support the Bulldogs!!

Also, the boys cross country team will be traveling to Round Rock to compete in the state cross country meet. The 2A boys race will start at 12:50 PM tomorrow. I encourage everyone to make the drive to Round Rock and show your support for these young men.